... expand the working lifespan of business buildings in the Calgary core? 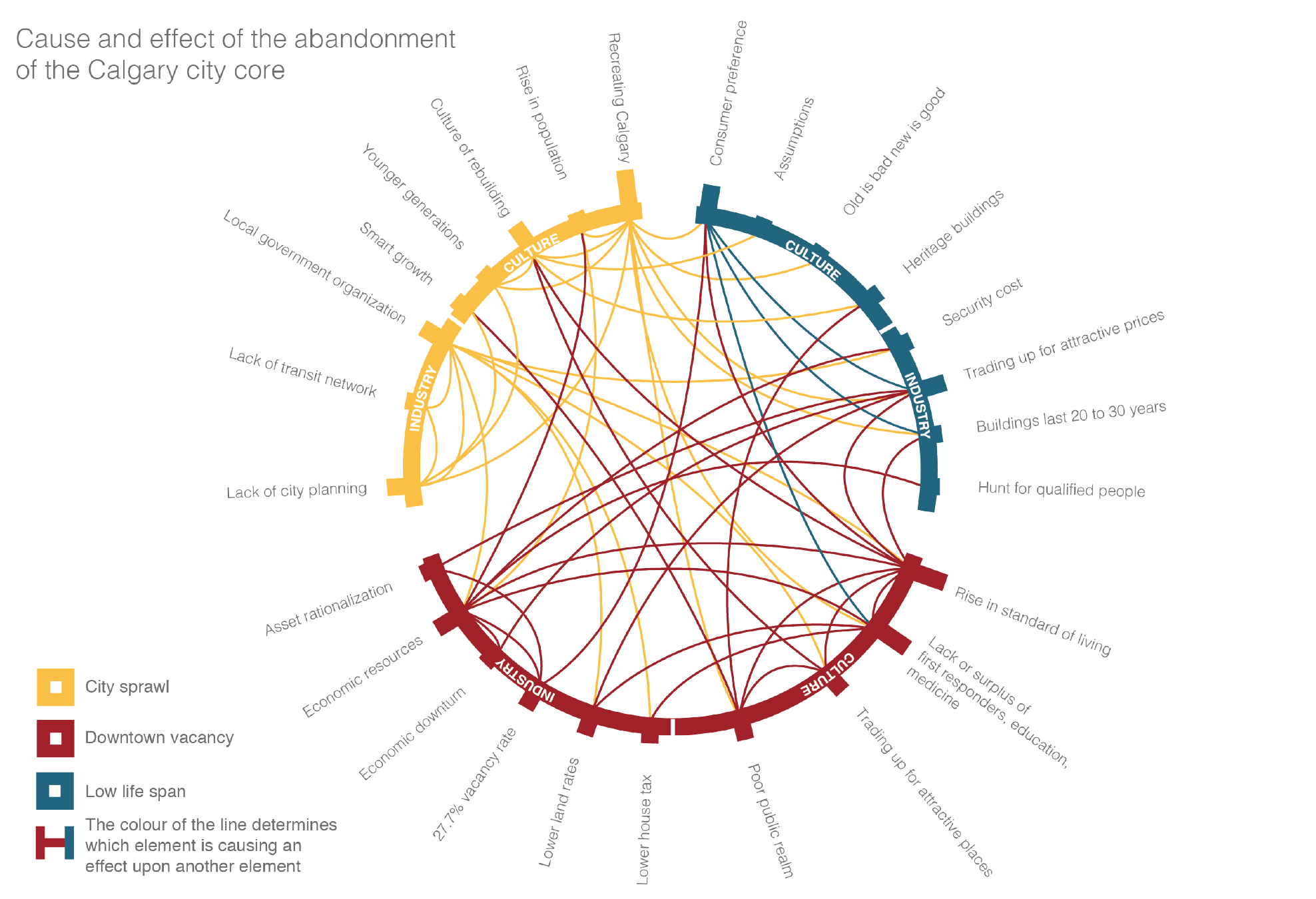 Cities never stop growing. The idea of the modern city, as expansive and impressive as it may be, doesn’t come without trouble. In the case of Calgary, the city has began to spread; boundaries are being pushed because of our abundance of resources, and our lack of city planning allows it to happen without resistance.

The resulting damage comes in the form of abandoned buildings, large and vacant lots that are seeing little to no use, and spaces that are sucking up costs. Through the establishment of a more useful downtown core partnered with refined and effective building policies, the downtown core can become a cultural hub as well as a working city centre.