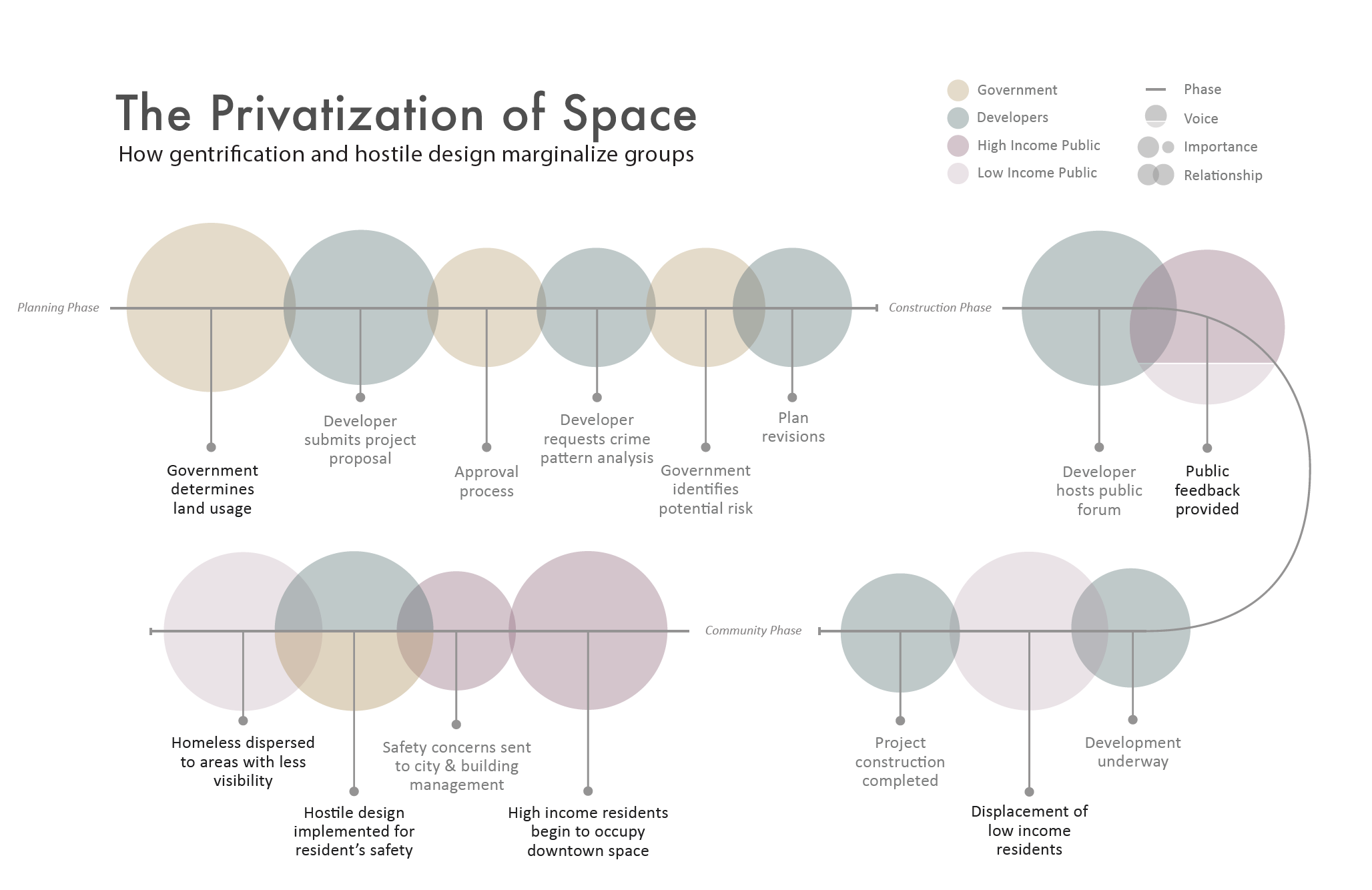 When examining the relationship between humans and space, urban design plays a role in how individuals interact within an environment. While these practices typically create greater functionality for residents, they can also intentionally discourage certain demographics from using spaces. By interfering with the use of public space, hostile design practices disregard human consideration and further marginalize groups, such as homeless populations. These practices have been implemented by municipalities and building developers to displace rough sleepers in the name of crime prevention.

Ranging from architectural structure, seating and anti-homeless spikes, the privatization of space has begun to spark controversy for its mistreatment of humans. Through the correction of these practices, society can better establish inclusivity without negatively impacting the perceived safety of a space.